Tobacco has the potential to become a stranded asset as it displays “similar characteristics” to coal, according to National Employment Savings Trust (Nest) chief investment officer, Mark Fawcett.

As reported by our sister title, European Pensions, Fawcett spoke about Nest’s decision to go tobacco-free, which was made in June 2019, at a webinar hosted by Tobacco Free Portfolios on Thursday, 28 October. The pension fund achieved its goal a year ahead of schedule in August 2020.

Explaining why Nest decided to completely divest from tobacco companies, rather than engage with them, he said: “We have a general principle that it is better to engage than to divest because if you divest then you’re just selling to someone who possibly doesn’t care about the activities of those companies.

“There are some assets, however, which we think will just become stranded; we don’t know when but coal versus oil is a good example. We are invested in oil companies; we engage with them and are urging them to have transition plans in place to be compliant and congruent with net zero and the Paris Agreement pledge…. Coal has no future in that journey and therefore we do not want to be invested in those assets.

"We don’t want to finance the expansion of them but at some point, they will become stranded, and we think tobacco has got that similar characteristic to coal…

“At the same time, there is no point engaging with tobacco companies. Predominantly [tobacco] is their major source of profit and we’re asking them to shut down manufacturing them straight away. We don’t want to be [invested in tobacco companies] and we don’t think there’s any point in engaging.”

He also said that when Nest first announced that it was going to divest from tobacco, one of the big tobacco companies reached out and asked for a conversation.

"Our head of responsible investments and I went in to see them and they told me how they were transitioning from tobacco to vaping and vaping was not only safe it was actually good for you.

"That reminded me of those adverts in the fifties and sixties when cigarette smoking was supposed to be good for you. It strikes me that these companies haven’t changed, aren’t likely to change and we don’t want to be, for good financial reasons, invested in them."

Although Nest looked at divesting from tobacco initially from the perspective of the ‘social’ part of environmental, social and governance (ESG), as it is a harmful product, is marketed to children and there are also concerns about children in the supply chain, he said the decision was a financial one.

“That was why we started looking at it, but in the UK, and I think elsewhere, ESG factors are definitely financial factors, but often get confused with ethical decisions. The fiduciary duty in the UK means that we need to be making decisions for financial reasons rather than just ethical reasons for the vast majority of our funds.

“We really focused on the financial outlook for tobacco companies, and it is bleak; increasing regulation around the world means that tobacco consumption is falling. It is being replaced by vaping and vaping is both less well-regulated and therefore it is not an oligopoly like tobacco and it is extremely unprofitable.

"These companies are transitioning from a cash cow product to loss-making products. When we looked at it, they are unlikely to turn a profit in vaping for the next 10 years, and possibly never, depending on how regulation goes. It just seems to us that the glory days of cash generation in tobacco companies are over, and this is a poor investment.” 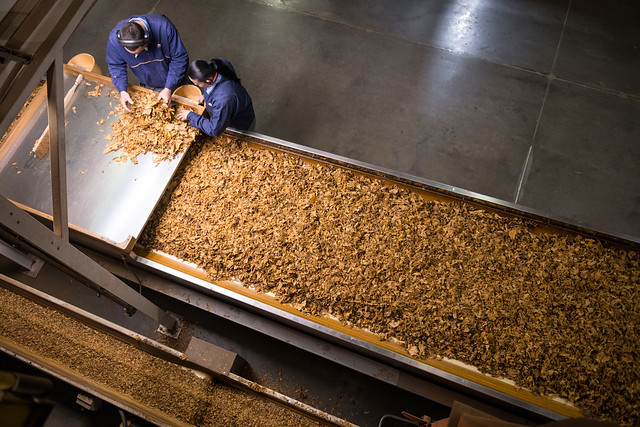