£127bn transferred out of workplace schemes since 2015 - ONS

Around £127bn has been transferred out of UK funded occupational pension schemes since 2015, with £36.9bn-worth of transfers out in 2017 alone, according to figures from the Office for National Statistics (ONS).

The government body’s Financial Survey of Pension Schemes found that transfers in to occupational schemes bounced back the following year, rising from £2.2bn in 2017 to £9.6bn in 2018, driven by a sharp rise on transfers into defined contribution (DC) schemes, which made up £3.8bn, or 40 per cent, of the total amount.

In 2019, transfers into DC schemes had climbed to £5.1bn, or 57 per cent of the total, leaving ONS to state that the increase in transfers may be associated with “the expansion of multi-employer master trusts in response to the auto-enrolment programme”.

Membership of DC occupational pension schemes stood at 22.4 million at the end of 2019, compared with 18.3 million for funded defined benefit and hybrid (DBH) pension schemes.

Canada Life technical director, Andrew Tully, said the number of people who had transferred out of UK occupational schemes since 2015 “may sound staggering” but added that it “only represents a tiny fraction of the assets currently being held within pension schemes, so we can assume that most people appear to be staying put”.

He noted that “the majority of savers will be better off by staying in their DB scheme” but also conceded that “some individuals may stand to benefit from a transfer if they are in ill health or have expensive debt”.

In the final quarter of 2019, almost £10bn was transferred out of defined benefit (DB) pensions, up from just over £5bn in the previous quarter.

AJ Bell senior analyst, Tom Selby, said: “The scale of individual DB transfer activity in recent years has been staggering, driven by a perfect storm of persistently low gilt yields, the greater flexibility in defined contribution schemes created by the 2015 pension freedoms and uncertainty about the future of many companies sponsoring such schemes.

“This uncertainty has only been added to in recent months as Covid-19 has forced large swathes of the UK economy into stasis. As gilt yields have been driven ever lower, liabilities and deficits have surged, with the latest Pension Protection Fund figures showing aggregate deficits had reached £176bn at the end of April.”

Membership of DC schemes rose by 3.4 per cent in the three-month period ended 31 December 2019, faster than the growth rate of DB and DBH schemes, with ONS attributing their popularity to automatic enrolment.

Aegon head of pensions, Kate Smith, said: “Although the figures show an encouraging picture of workplace pension saving, future figures are likely to look very different as the financial and economic impacts of the coronavirus crisis take hold.

“Some employers with generous contributions are already looking to cut back to auto-enrolment minimum rates, either temporarily or permanently, and we may see more of this as the economic crisis begins to deepen. We could also see an increase in employees opting out of schemes to ease financial struggles, while others will lose their jobs and, with it, access to a workplace pension.”

Contributions to DC schemes have risen sharply since the introduction of automatic enrolment in 2015, with employer contributions climbing from £3.554bn in 2015 to £14.061bn in 2019.

In the same period, employee contributions jumped from £0.737bn to £6.253bn amid an increase in active membership of workplace pension schemes.

ONS stated that this was because of “the relatively old ‘age profile’ of the schemes” and also because of the “requirement for sponsors to make deficit reduction contributions (DRCs) to address deficits built up over the lifetime of the schemes”.

Over 60 per cent of private sector DBH employers’ contributions in quarter 4 2019 were shown to be DRCs.

Selby stated that this highlighted "the challenge many companies with yawning pension black holes faced" even before they entered the coronavirus crisis.

He added: "While the regulator has taken a pragmatic approach in relation to paying off deficits at a time when many companies are struggling to keep the lights on, the reality remains that, at some point, the pensions piper will need to be paid."

£127bn transferred out of workplace schemes since 2015 - ONS 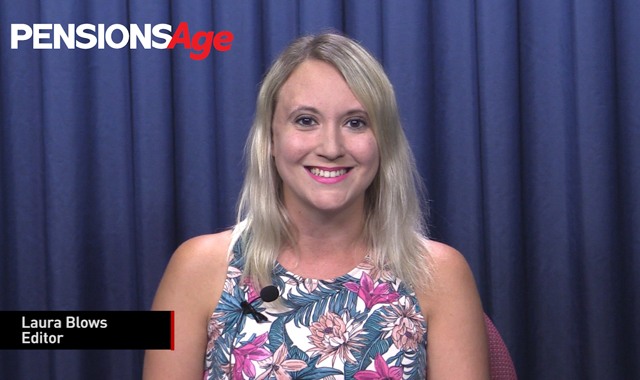