Women in their 20s will need to save an average of £185,000 more than men their age over their working life to have the same income in retirement, Scottish Widows has revealed.

Its Women & Retirement Report found that the savings gap, longer life expectancy and associated care needs would result in a retirement shortfall of £185,000 in comparison to men.

Furthermore, the current life expectancy estimates that a man in his 20s will live to 86 and a woman in her 20s will live to 89 mean the average woman will need £400,000 in their pension pot to achieve the same level of retirement income as a man with £350,000.

Scottish Widows also noted that there is a large range of life expectancies, and this will mean some women may need even more savings.

Longer life expectancies would also likely lead to the greater need for care in older age, with women estimated to need an extra £35,000 for later life care.

Overall, this results in women in their 20s needing to save an extra £185,000 to achieve the same retirement lifestyle as a man.

“But women face a double whammy: even if we close the pension saving gender gap, pension equality would still not be achieved, because women need to fund a longer retirement and spend more on associated care costs.

“There are ways to help level the playing field – from enhancing maternity pensions to offering better parental leave and financial support for childcare – so that women are no longer financially penalised for raising a family. Of course, we must also tackle the larger structural issues in our society, like the gender pay gap.”

To help address the gender pensions gap, Scottish Widows has called for reform to auto-enrolment to increase default contributions and the mandatory inclusion of pensions in divorce settlements.

The report also revealed that the same proportion of men and women (61 per cent) are now saving enough for a comfortable retirement for the first time on record.

“After 17 years of reporting on gender differences in our Adequate Savings Index, it’s encouraging to see the gap finally closed,” Leiper added.

“However, this must come with a health warning, as women remain disadvantaged by persistent inequalities in our society.

“We need to build on this positive step forward and now focus on closing the remaining inequities that impact savings. Pension inequality is not just an issue for women to resolve, structural unfairness affects us all and needs the collective efforts of us all to resolve this persistent imbalance.” 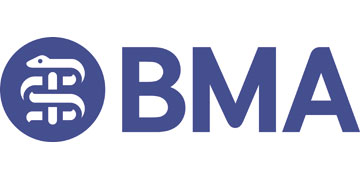 BMA to take govt to court over NHS pension concerns