Workplace pension participation rates and contribution levels in the UK have stabilised in recent years, despite previous fears that the Covid-19 pandemic would negatively impact saving and participation levels, figures from the Department for Work and Pensions (DWP) have shown.

Following years of growth in participation since the introduction of auto-enrolment in 2012, overall participation of eligible employees has stabilised at around 88 per cent (20 million people).

However, some gaps still remain and there was relatively low participation of below 65 per cent for some eligible groups, including micro employers, and around 66 per cent for Pakistani and Bangladeshi employees.

Amounts saved increased by £0.2bn in the private sector and by £2.7bn in the public sector.

The DWP found that trends in stopping saving and contributions had remained “relatively stable” during and after the Covid-19 period.

In 2021/22, the overall stopping saving level increased, although this was mainly driven by a fall in those stopping saving due to ending their employment, which rose from 1.6 per cent to 1.8 per cent.

The proportion of workplace pension savers who made an active decision to stop saving remained at 0.6 per cent in 2021/22.

Since 2012/13, non-eligible employee participation has increased to 38 per cent, although there has not been a change in self-employed levels, which have remained at 18 per cent.

Commenting on the figures, Pensions Minister, Guy Opperman, said: “It’s encouraging to see that, despite the considerable challenges of the last few years, overall participation in workplace pensions among eligible employees has remained stable and total contributions have increased in real terms.

“Thanks to the success of automatic enrolment, a record number of Brits are now saving for retirement and our ambition for the future of AE will enable even more people to save more and to start saving earlier.” 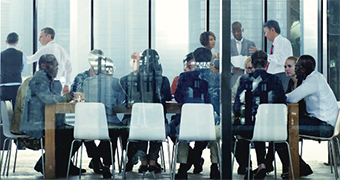