There was a “sense in the UK” that it was “too difficult to divest from tobacco because of fiduciary duty constraints”, Nest CIO, Mark Fawcett, has said.

As reported by our sister publication, European Pensions, when speaking yesterday (27 May) on a panel session at Tobacco Free Portfolios’ High Level Webinar for World No Tobacco Day (31 May), Fawcett said that since pledging to go tobacco-free in June last year, other UK pension funds have reached out to Nest.

“As signatories to the Principles for Responsible Investment (PRI), it was part of our responsibility to promote responsible investment and be advocates for it…we have had a lot of interest from other pension funds. I think in the UK there was a sense that it was just too difficult to divest from tobacco because of fiduciary duty constraints. We have shown that it is possible and we have shared our research with a number of other pension funds.”

Explaining Nest’s thinking behind tobacco divestment, Fawcett said Nest had been concerned about child labour in the tobacco industry, and its environmental impact. However, he said from a fiduciary perspective, it was “really important” to understand the “investment implications” of investing in the sector.

“We embarked on a project of trying to understand the outlook of investment in the tobacco industry and the more we dug into it, the bleaker it go; increased regulation, increased litigation, declining rates of smoking around the world in most countries, and the alternative of the transition plan to e-cigarettes just being unviable.

“We concluded, along with our investment committee and trustees, that this was an industry which is effectively going to run into the ground and we decided to divest while we had the choice.”

Amundi CEO, Phillipe Brassac, who has recently pledged to take his company tobacco-free, joined Fawcett on the panel. Brassac described having a “revelation” after a meeting with Dr Bronwyn King, founder and CEO of Tobacco Free Portfolios.

“Of course, I knew that it was bad to smoke for your health but I was not so aware of two things. The first that tobacco is still the number one preventable cause of death all over the world…and I didn’t know that there was absolutely no positive alternative to tobacco. As we were in an ongoing process on this topic, we decided to go one step further.”

Brassac asked a simple question to his colleagues, friends and family: “Would you want your children to smoke?” He said that everyone, even people who were smokers themselves, said no.

Also on the panel was First State Super CEO, Deanne Stewart, who decided to make the fund tobacco-free in 2012. She said it was a “big brave leap to take forward at the time” because “no other pension fund was doing that…but it felt it was right to do from a portfolio perspective”.

In terms of impact on financial performance, she said she believes it has been a “net benefit” not to have tobacco in the portfolio.

Asked why the decision to go tobacco-free was made several years after First State Super had made there’s, Fawcett said it was due to a “confluence of events”.

“In part, when we launched we were very small, our first contributions was literally £30. To a certain extent we were just buying index funds for our equity portfolio just because we didn’t have the scale. Now we have hit £10bn assets under management and nine million members, we have the scale to basically customise the portfolios that we are investing in.

“At the same time, the financial analysis is probably more clear now than it was maybe eight years ago, when First State Super and other Australian supers were exiting, so in terms of giving our investment committee the comfort that this was a good investment decision, there was more evidence lined up,” he noted. 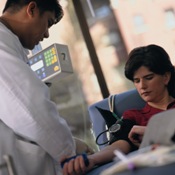 PensionBee urges savers to increase contributions ahead of ‘market rebound’