The Financial Ombudsman Service (FOS) received 5,528 new complaints about pensions in the 2019/20 financial year, down by 26 per cent on the year before.

Self-invested personal pensions (Sipps) remained the most regularly complained about pension product, with 2,606 complaints registered over the course of the year, though this was down by almost a third (32 per cent) compared to the year before.

Each variety of pension product registered a decline in complaint volumes, apart from executive pension plans, which yielded 12 complaints compared to 11 in 2018/19.

Resolutions were upheld in 20 per cent of cases regarding pensions, with overall resolutions climbing from 4,517 to 6,036.

Overall, FOS received 271,468 new complaints about financial businesses in the 2019/20 financial year, down 30 per cent on the year before.

The organisation said its reduction in complaints from 2018/19’s level of 388,392 was mainly due to a reduction in the number of complaints about payment protection insurance (PPI) and short-term lending.

Even so, PPI remained the most complained about product, with 122,153 complaints about PPI received by the service, including a spike in complaints following the FCA’s August deadline for consumers to complain about the matter to businesses.

However, this still represented a 32 per cent reduction compared to the prior year.

FOS chief ombudsman and CEO, Caroline Wayman, said: “This year the FOS resolved well over a quarter of a million complaints. Each one of those involved a question of fairness, and someone whose life had been disrupted because of a financial dispute.”

The organisation also published a new five-year strategy, dubbed Contributing to a Fairer Financial World, which detailed its plans to enhance its service, prevent complaints from arising and build the capabilities it will need for the future.

Wayman continued: “The fundamentals of good customer service, and good complaint handling, are constant, and the majority of financial businesses know this. However, some businesses still need to put fairness first in how they handle customer complaints. A key part of our work in the future will be to proactively prevent complaints, to stop unfairness arising in the first place.

“The unprecedented Covid-19 situation has already given rise to many new and complex questions of fairness when things go wrong in financial arrangements. If customers are unhappy with how a financial business has treated them, they can come to the FOS for free, and we will see if we can help.” 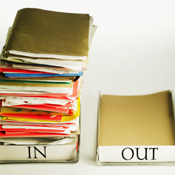 FTSE 350 DB pension deficit increases by £20bn in May