Mothercare has confirmed the details of its revised five-year payment schedule to its pension schemes, which will reduce the short-term cash contributions to aim to protect the overall positioning through the improved financial covenant .

In total, the revised payment schedule will require contributions of £39.3m over the next five years, with £33.9m of this directed towards the staff scheme, and £5.4m to the executive scheme.

As part of the agreement, the company has also given the trustees of the Mothercare pension schemes second ranking security over the group’s assets.

The group noted however, that of the £12m payable in 2025, £3.4m of this will be paid in equal instalments from November onwards.

Furthermore, the group also clarified that it will pay up to £1.8m as an additional contribution added to the £3.4m in 2025 paid on the same basis.

However, this is subject to the £1.8m being reduced pound for pound for any amount that the sum of the Pension Protection Fund (PPF) levy due for the three years in September 2022, 2023, and 2024 exceeds £3m, and the assumption that when these payments fall due the group has at least £10m in its bank accounts after such payment.

In addition to these payments, Mothercare has confirmed that it will pay the missed contribution from March 2020 of £0.5m into the scheme after the drawdown of the new debt facility, therefore increasing the minimum payments in financial year 2021 to £3.7m.

The agreement formed part of the broader restructuring of Mothercare UK Limited, which the the group highlighted as a “necessary and unavoidable step” that preserved value, most notably within the pension fund, which might have otherwise faced "significant losses".

It stated that this represents a a “material decrease year-on-year”, which it attributed primarily to a fall in the discount rate assumption. 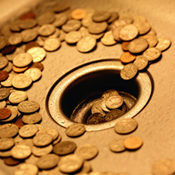