The provider's Pension Risk Survey data showed that liability values had risen by £99bn over the past year, increasing from £815bn at 31 December 2019 to £914bn at the end of December 2020, which it attributed to falls in corporate bond yields.

Commenting on the findings, Mercer Chief Actuary, Charles Cowling, said: “2020 was strange and difficult, not to say unprecedented, for everyone as well as for pension schemes.

“Though it could appear there was no major impact on pension schemes, the relatively modest reduction in funding levels hides far more dramatic consequences of a really challenging year for some.”

Cowling argued that there are parallels with the financial crisis of 2008, noting that whilst the impact appears less than that of the 2008 financial crisis, there are two big differences that might concern all pension scheme trustees.

Considering this, he warned that bigger pension schemes also bring bigger risk, stating that many of the old industry businesses have failed to keep up with the growth in their pension schemes.

“Moreover, not all trustees have taken advantage of opportunities to de-risk their pension schemes and some are much more exposed to market volatility," he added.

Cowling added: “So whilst some pension schemes have not been badly hit by the 2020 crisis, others are caught in a perfect storm.

“At the same time the Bank of England is suggesting even lower interest rates this year and new pensions legislation pending with the Pensions Regulator rightly encouraging trustees to focus on their long term plans for low-risk sustainability - something that will seem very far off for many trustees.

He concluded: “2021 therefore brings many challenges for pension scheme trustees.

"But one message continues to be even more important at this time – should consider looking for every opportunity to take risk out of their pension schemes, whether through better hedging or cash-flow driven investment strategies and/or through liability settlement programmes, including buyouts. 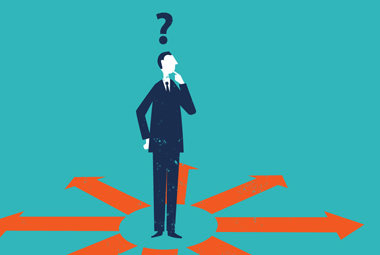