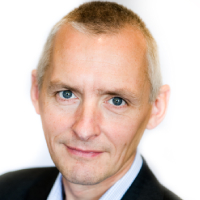 Richard joined PTL in 2008. He became Managing Director in 2010. Immediately before he was at PTL he ran his own small independent trustee and consultancy business. Richard has been involved in pension scheme governance since 1985 and has worked with, or as a, pension scheme independent trustee since 1989. Richard is a Fellow of the Pensions Management Institute, and a former elected member of the PMI Council. In 2017 he was appointed Chair of the Pensions and Lifetime Savings Association (PLSA). He is a regular contributor to the trade press. Richard has responsibility for a wide and diverse range of clients, both DB and DC. The best part of the job, he says, is building a good team with the other trustees, the scheme sponsor and other service providers.