Public sector pension schemes have been granted a judicial review over the government’s proposed method of paying for costs incurred by the McCloud judgment.

The case was brought by the Fire Brigades Union (FBU) and two named claimants, while the British Medical Association’s (BMA) claim has been held to overlap with this case and they will be heard together

Check out our latest news

Pension scheme sponsors and trustees need to be prepared for urgent intervention to protect their schemes as bond markets brace themselves for "historically high levels" of volatility, Aon has said

The funding position of FTSE 350 companies’ defined benefit (DB) pension schemes moved from a £4bn deficit to a £11bn surplus in June, according to Mercer’s Pensions Risk Survey data

Trustees of defined benefit (DB) pension schemes and their advisers should assess and monitor environmental, social and governance (ESG) risks in relation to the employer covenant, the Society of Pension Professionals (SPP) Covenant Committee has advised 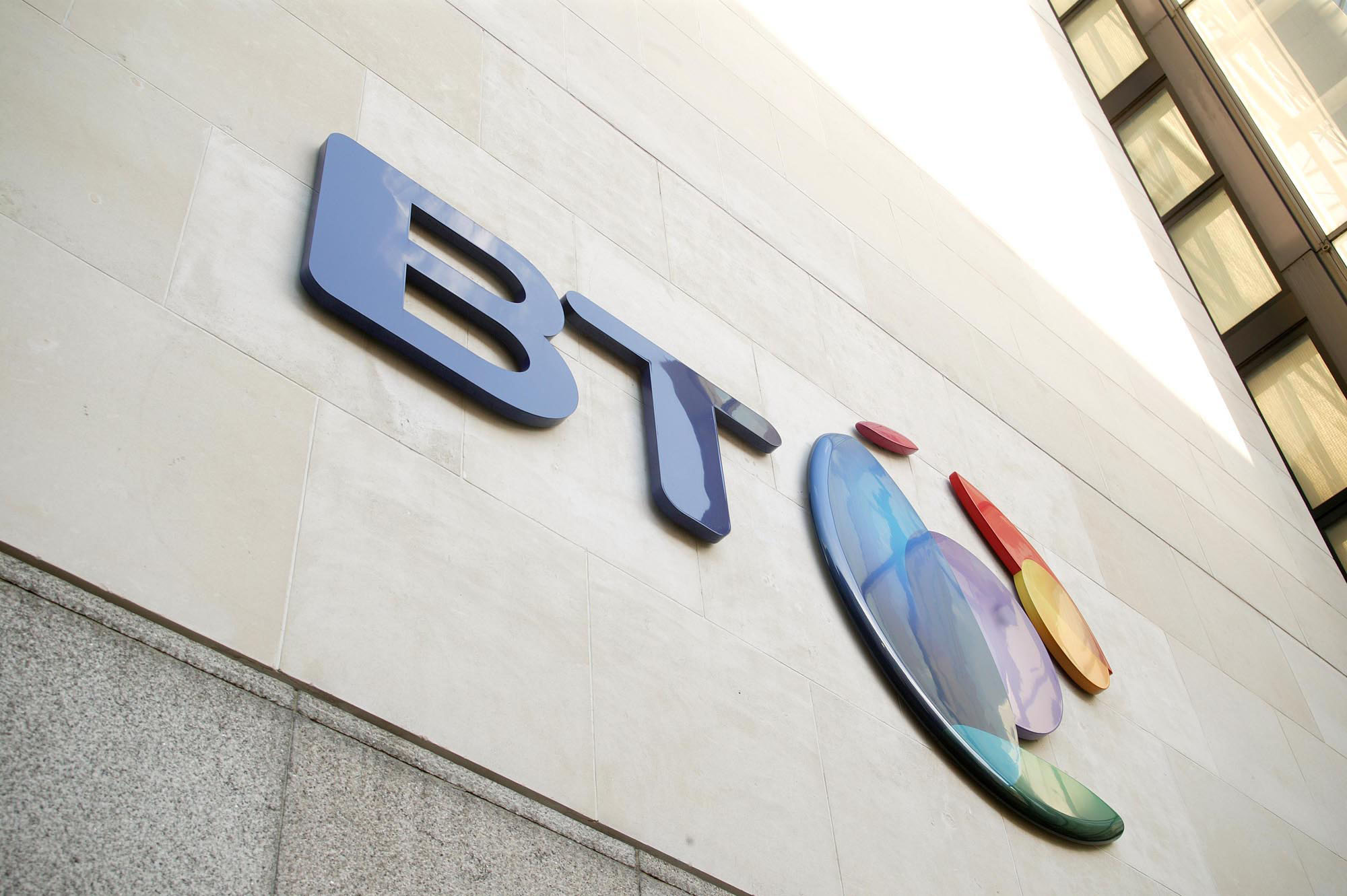 The BT Pension Scheme (BTPS) has announced plans to reduce the scope 1 and 2 carbon intensity of its equity and credit portfolio by at least 25 per cent, and real estate by at least 33 per cent, by 2025

Just over one third (34 per cent) of employers believe that their defined contribution (DC) pension scheme needs to improve communication and engagement with members, according to research from HSBC Master Trust

In the letter, PensionBee stated that the regulations appear to have been misused in a “variety of inventive ways”, including adding new “obstructive steps” to the transfer process to freeze “legitimate” transfers

ESG and pensions engagement
Pensions Age editor Laura Blows discusses whether ESG really is the silver bullet to pensions engagement, and whether events such as COP:26 has amplified saver interest, with Stuart Murphy Co-Head of DC at LGIM, and Jo Phillips, Director of Research and Innovation at Nest Insight

Check out our latest appointments

B&CE, the provider of The People’s Pension, has named Nigel Rodgers as chief information officer

Check out our latest features 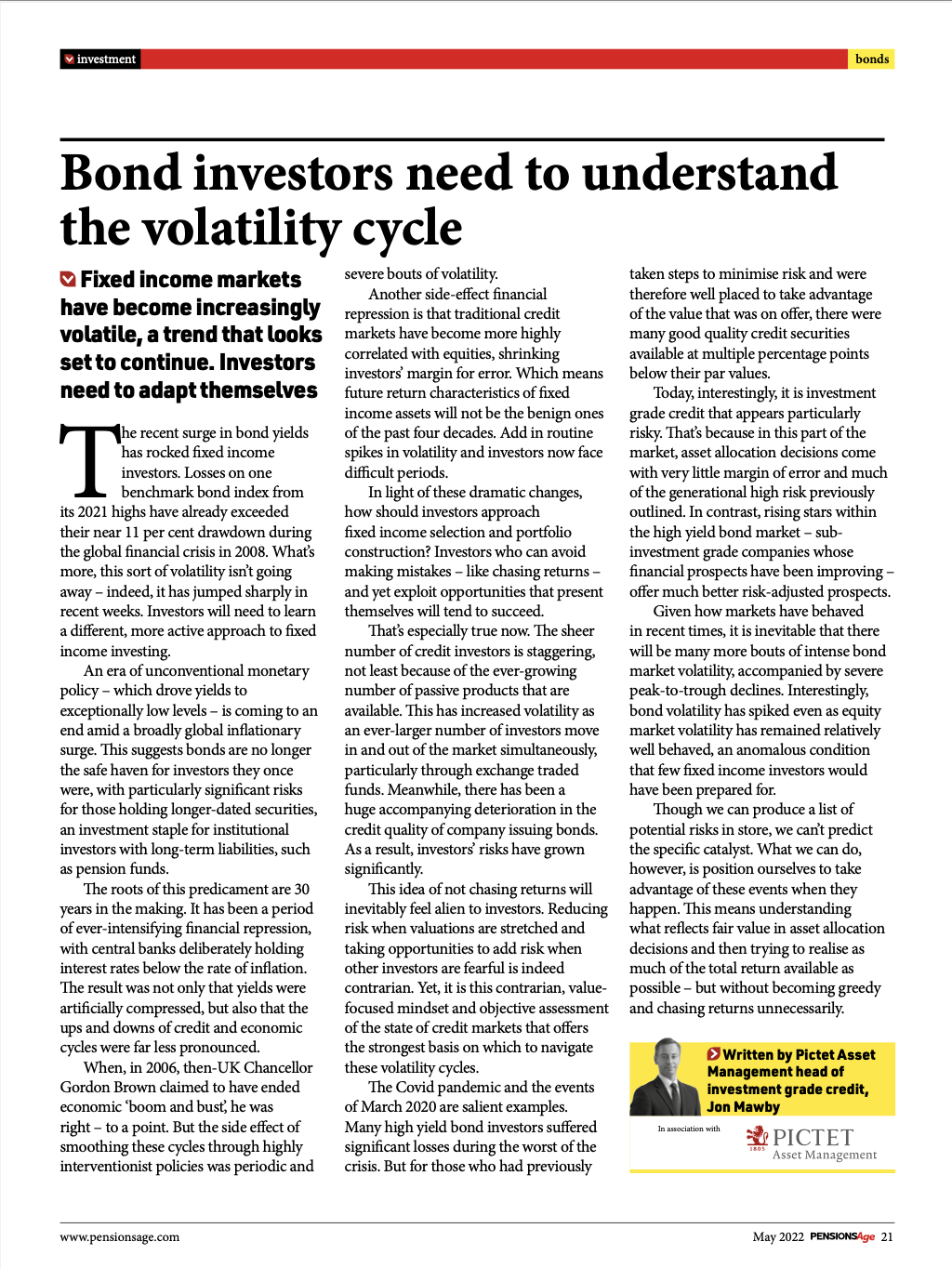 Fixed income markets have become increasingly volatile, a trend that looks set to continue. Investors need to adapt themselves. 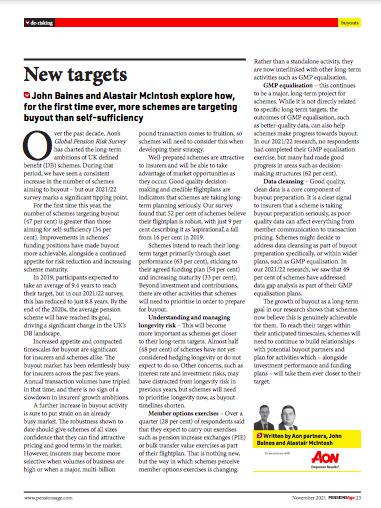 John Baines and Alastair McIntosh explore how, for the first time ever, more schemes are targeting buyout than self-sufficiency 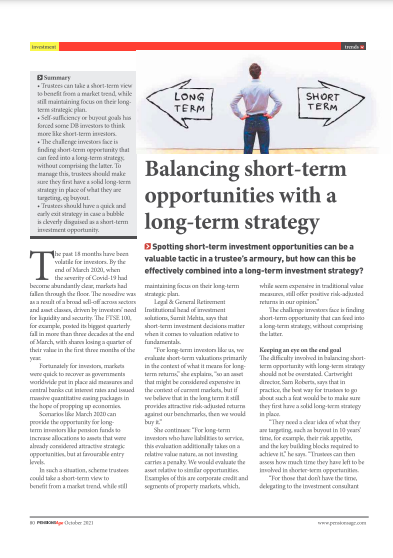 Spotting short-term investment opportunities can be a valuable tactic in a trustee’s armoury, but how can this be effectively combined into a long-term investment strategy? 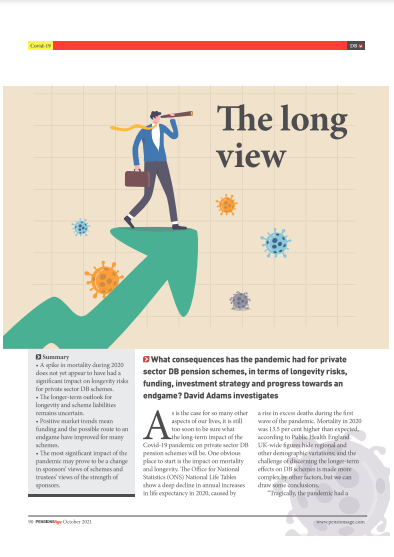 What consequences has the pandemic had for private sector DB pension schemes, in terms of longevity risks, funding, investment strategy and progress towards an endgame? David Adams investigates 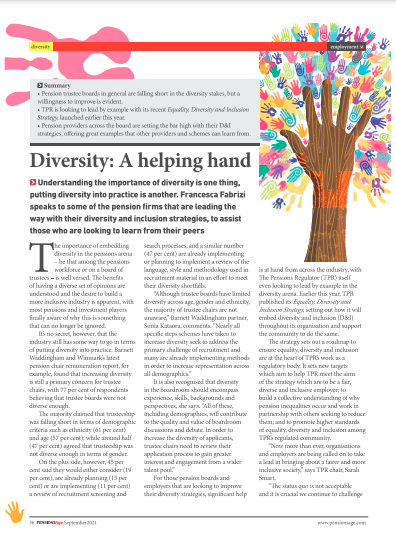 Understanding the importance of diversity is one thing, putting diversity into practice is another. Francesca Fabrizi speaks to some of the pension firms that are leading the way with their diversity and inclusion strategies, to assist those who are looking to learn from their peers 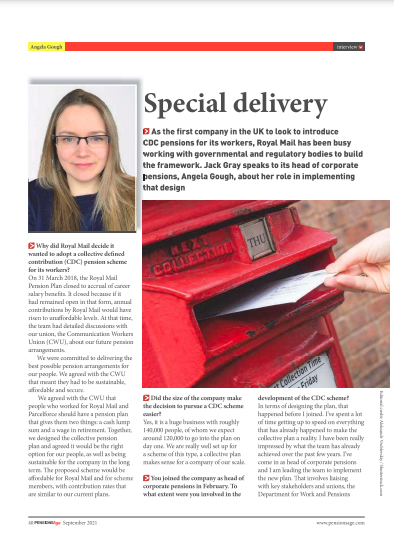 Jack Gray speaks to Royal Mail head of corporate pensions, Angela Gough, about her role in implementing its CDC design 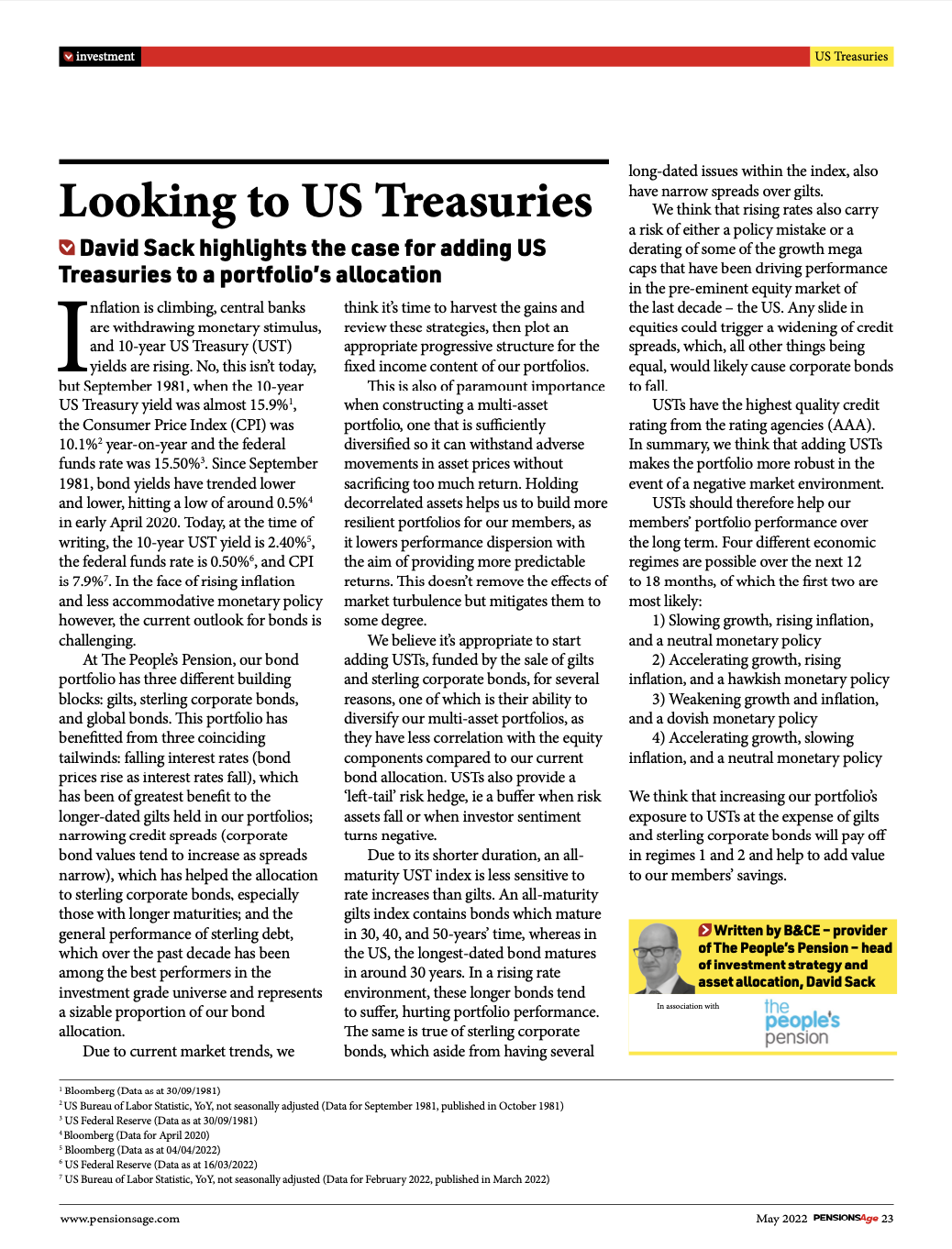 Looking to US Treasuries

David Sack highlights the case for adding US Treasuries to a portfolio’s allocation. 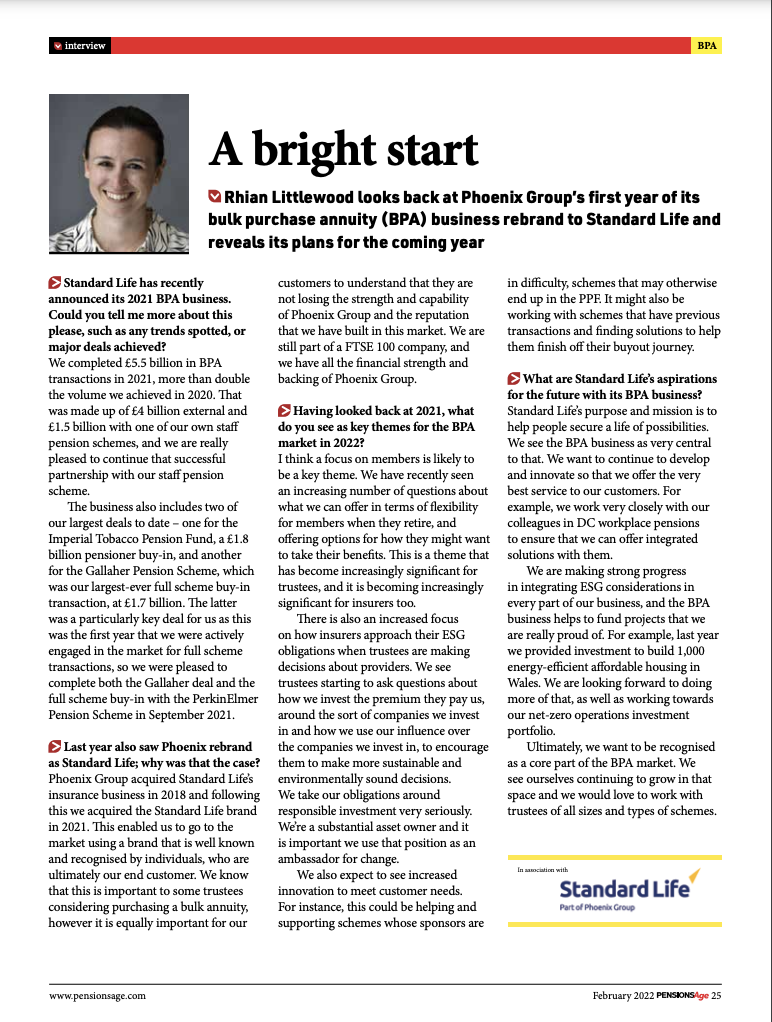 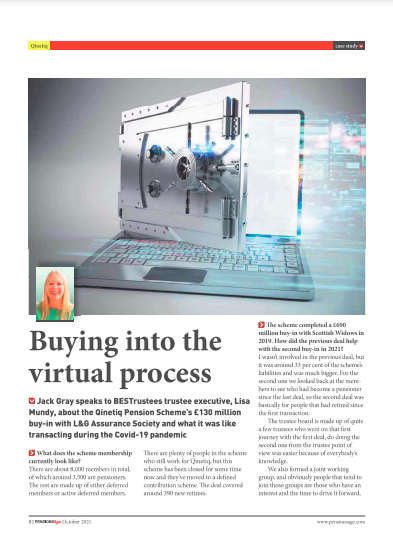 Buying into the virtual process

Jack Gray speaks to BESTrustees trustee executive, Lisa Mundy, about the Qinetiq Pension Scheme’s £130 million buy-in with L&G Assurance Society and what it was like transacting during the Covid-19 pandemic 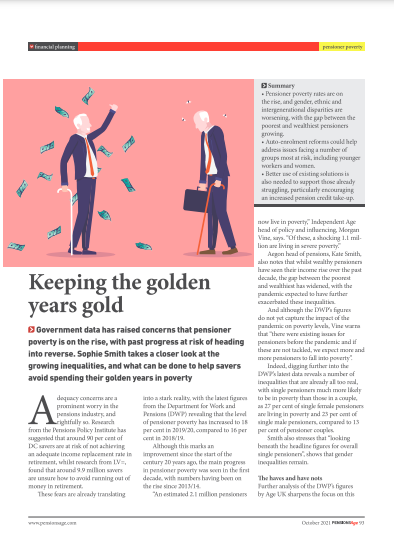 Government data has raised concerns that pensioner poverty is on the rise, with past progress at risk of heading into reverse. Sophie Smith takes a closer look at the growing inequalities and what can be done to help savers avoid spending their golden years in poverty 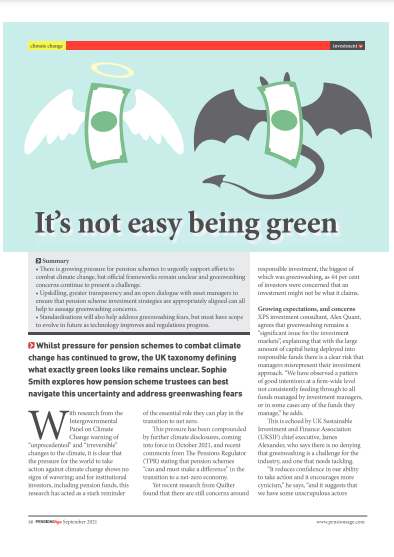 It’s not easy being green

Whilst pressure for pension schemes to combat climate change has continued to grow, the UK taxonomy defining what exactly green looks like remains unclear. Sophie Smith explores how pension scheme trustees can best navigate this uncertainty and address greenwashing fears 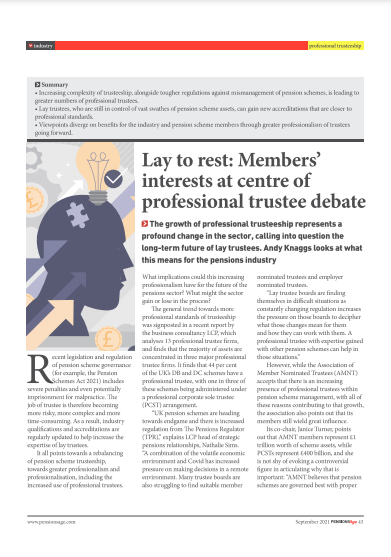 Lay to rest: Members’ interests at the centre of professional trustee debate

The growth of professional trusteeship represents a profound change in the sector, calling into question the long-term future of lay trustees. Andy Knaggs looks at what this means for the pensions industry

Check out our latest jobs

38,500 - £63,500
Isle of Man
Permanent
An exciting opportunity has arisen at the Authority for the role of Pensions Specialist, sitting across the Policy and Authorisations and Supervision Divisions. The successful candidate will provide assistance to identify and prepare policy recommendations across all areas of regulated activity, but with specific focus on pensions. In addition, as part of the Pension Supervision team, they will undertake effective and efficient supervision of retirement benefits schemes, retirement benefit administrators and scheme trustees in the Isle of Man.
View Job
Senior Adjudicator
Posted by

39,203 per annum
Canary Wharf
Contract
The Pensions Ombudsman has an opportunity for a Senior Adjudicator to join our team based in Canary Wharf (with up to 80% homeworking). You will be working on a full or part time basis, initially on a fixed term contract to end March 2023 and in return, you will receive a competitive salary of £39,203 per annum.
View Job
Technical Pensions Specialist
Posted by

41,616 per annum
Canary Wharf
Permanent
The Pensions Ombudsman has an opportunity for a Technical Pensions Specialist to join our team based in Canary Wharf (with up to 80% homeworking after induction). You will be working on a full or part time basis, on a permanent contract and in return, you will receive a competitive salary of £41,616 per annum.
View Job
Pensions Regulation Officer – Relationship Supervision
Posted by

Salary from £39,390 and £52,289 per annum depending on skills and experience with access to performance related pay, bonus and civil service pension scheme
Permanent
We’re recruiting a number of Pensions Regulation Officers to join our relationship supervision team.

Relationship Supervision involves working closely with pension schemes to identify areas of concern before they get worse, helping them improve and embed best practice. We work with many of the UK’s largest and most complex schemes, including master trusts, and have recently started working with third-party administrators. Neary 70% of workplace pension savers are in schemes supervised by our relationship supervision team.
View Job
Pensions Regulation Manager – Relationship Supervision
Posted by

Salary from £46,093 and £61,187 per year depending on skills and experience with access to performance related pay, bonus and civil service pension scheme
Permanent and Fixed Term Contract
We’re recruiting a number of Pensions Regulation Managers to join our relationship supervision team.

Relationship supervision involves working closely with pension schemes to identify areas of concern before they get worse, helping them improve and embed best practice. We work with many of the UK’s largest and most complex schemes, including master trusts, and have recently started working with third-party administrators. Neary 70% of workplace pension savers are in schemes supervised by our relationship supervision team.
View Job